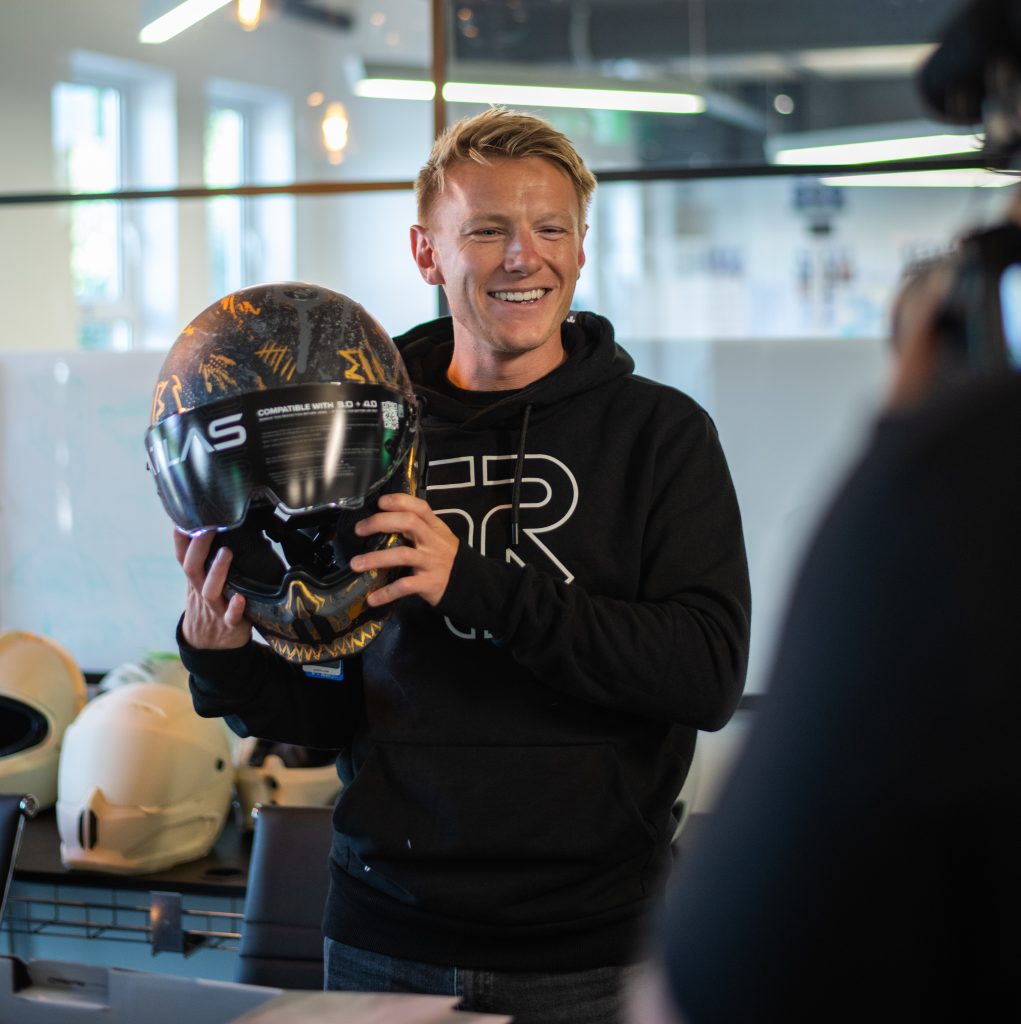 Following the launch of the brand’s most advanced full-face helmet earlier this year, the ATLAS 4.0, Ruroc has enlisted the retired racer and now Moto 3 team manager, to work not just as an ambassador for the brand, but to support Ruroc’s R&D team with testing for exciting future projects.

Ruroc head of brand, Neal Duffy commented, “We are delighted and proud to be able to welcome Taylor to Ruroc. We’re a young and dynamic brand with big ideas, and we certainly don’t follow the conventional route of other manufacturers. Taylor has a no-nonsense attitude with vast experience that belies his years. He’s the perfect fit for us and we’re hugely excited about what this partnership will bring to our riders.”

Having already tested Ruroc’s ATLAS 4.0 helmet in a variety of conditions, including high speed stability tests with the Gloucestershire-based brand’s R&D team, Taylor added, “Being able to work with Ruroc in such an all encompassing role is really exciting. We’ll certainly have some fun along the way, but I’m really looking forward to the development role too, something which is really unique for a helmet manufacturer, let alone a UK grown brand. Like Ruroc’s open and inclusive approach, I’ll certainly be taking my followers on social media and YouTube on the journey too.”

Taylor and Ruroc will be announcing some fun and exciting collaborations in the coming months, with more details to follow soon and updates on both Taylor’s and Ruroc’s social media channels. Stay tuned.

Founded in 2007, Ruroc pushes the boundaries of design and performance, offering unique products designed to take rider experience to the next level. What began as a team of three passionate about revolutionising the world of snow-sports protection in Gloucester, has become one of the fastest growing brands in the UK, developing cutting-edge motorcycle helmets, such as the ATLAS, along with its sister brand, Enginehawk, revolutionising the industry with modern CE-approved apparel that riders want to wear, on and off the bike. Ruroc now ships helmets to over 100 different countries, employs over 160 members of staff, and has gained a cult following amongst motorsport and snow sports enthusiasts with a network of over four million followers. Ruroc’s mission is to construct the most insane gear that enhances protection in extreme environments. Your mission is to go there.