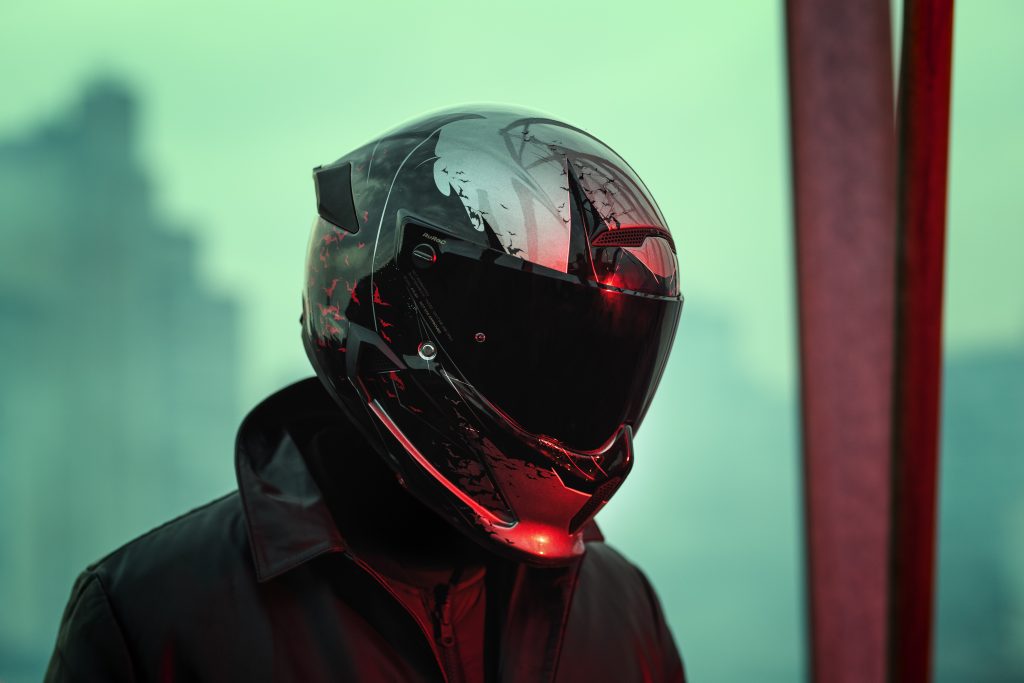 Following the incredible success of the ATLAS 3.0 ‘The Joker’ and ‘Batman’ helmet designs, the legendary Super Heroes and Super-Villains of DC Comics are back for the ATLAS 4.0. Keep your eyes to the skies and beware of the shadows!

Dropping exclusively on the Ruroc website on May 27th, 19:00, the latest DC Ruroc collection comprises five brand-new, special edition designs inspired by the world’s greatest Super Heroes and Super-Villains: The Batman, protector of Gotham City and arguably one of the world’s most famous superheroes, joined by supervillain Riddler, taken from the 2022 ‘The Batman’ movie franchise, and the beloved and recognisable Superman. Fan-favourite villain Harley Quinn joins the line-up, as well as the iconic superheroine Wonder Woman.

Dropping exclusively on the Ruroc website on May 27th, 19:00, the latest DC Ruroc collection comprises five brand-new, special edition designs inspired by the world’s greatest superheroes and villains: The Batman, protector of Gotham City and arguably one of the world’s most famous superheroes, joined by supervillain Riddler, taken from the 2022 ‘The Batman’ movie franchise. The beloved and recognisable Superman joins the collection, along with the iconic superheroine Wonder Woman. Fan-favourite villain Harley Quinn completes the line-up, alongside The Joker already in the ATLAS 4.0 lineup.

“Here at Ruroc HQ we’re all huge fans of DC, so it made sense that DC Comics was Ruroc’s first-ever licensed partnership last year,” said Neal Duffy, Head of Brand at Ruroc. “When we originally dropped our first DC design – Batman and The Joker – it sold out in record time, so we’ve been itching to launch even more styles within this range and to continue our collaboration with DC Comics for the ATLAS 4.0 lineup.”

The ATLAS 4.0, the latest evolution of the iconic ATLAS helmet range, is Ruroc’s most advanced full-face motorcycle helmet ever made and one of the very first helmets on the market to exceed ECE 22.06 safety standards by over 20%. Alongside its aggressive style and bold artwork, there’s a significant upgrade in rider comfort, protection and performance with a fully re-engineered plush interior, innovative collaboration with RHEON™ reactive polymer technology, and aerodynamic performance that not only makes it more stable, but also improves acoustic performance by 57%.

The new ATLAS 4.0 offers full integration with Ruroc’s Shockwave Bluetooth audio system that seamlessly integrates into the back of the helmet. Riders can connect to the rest of the world through the new CHAIN Application – the next level in rider communication using Voice Over Internet Protocol (VOIP) technology to connect riders with infinite range, unlimited group size and universal compatibility.

For an exclusive preview of the new collection in the run-up to the launch, keep an eye on Ruroc’s social media on Facebook, Instagram, YouTube and TikTok.

It’s going to be a crazy ride!

Founded in 2007, Ruroc pushes the boundaries of design and performance, offering unique products designed to take rider experience to the next level. What began as a team of three passionate about revolutionising the world of snow-sports protection in Gloucester, has become one of the fastest growing brands in the UK, developing cutting-edge motorcycle helmets, such as the ATLAS, along with its sister brand, Enginehawk, revolutionising the industry with modern CE-approved apparel that riders want to wear, on and off the bike. Ruroc now ships helmets to over 100 different countries, employs over 160 members of staff, and has gained a cult following amongst motorsport and snow sports enthusiasts with a network of over four million followers. Ruroc’s mission is to construct the most insane gear that enhances protection in extreme environments. Your mission is to go there.